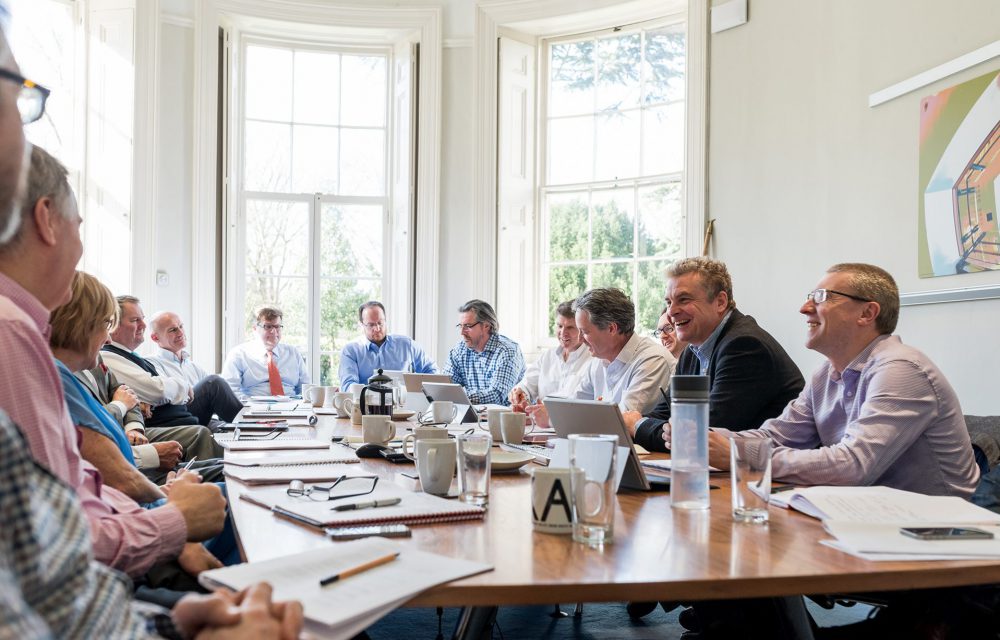 At the start of what promises to be an historic year, there are some important changes to our board of directors to announce.

At the end of December 2016, Gareth Davies retired. Gareth has led Stride Treglown’s Cardiff office for the last twenty years and seen it grow to become one of the most successful and established practices in Wales. His place on the board of directors has been taken by architect Pierre Wassenaar who has built a very strong profile and reputation in the Welsh architectural scene – and further afield – in recent years. Pierre is a past president of the RSAW and a board member of the RIBA.

Also at the end of December 2016, project management director Dominic Wells left us to pursue other interests. In his eight years with Stride Treglown, Dominic has built a specialist project management capability which will continue to provide niche management services to clients and project teams after his departure.

Looking further ahead, after thirty-one years with the practice, Kevin McDonald will be retiring as Managing Director in June 2017. Kevin spent twelve years running the Plymouth office and the last eight as managing director, overseeing growth into new sectors and acquiring offices in the Winchester area and, most recently, in Birmingham.

Kevin will be handing over the MD role to Darren Wilkins in the summer of 2017.

The contributions of Gareth, Kevin and Dominic to our business over the years have been immense and we have needed to plan carefully to make sure that their very significant roles in the practice are filled. We will undoubtedly miss them hugely, but it’s great that in Pierre and Darren we have such strong candidates to take up the reins so we can look forward to any challenges the New Year may hold with real confidence that Stride Treglown can continue to develop as a business.

Laurence Reilly joins us as Head of Design Management

Here we explain his plans for gearing our offer more closely to the needs of contractors.

Key appointments for our Bristol, Cardiff and Truro offices

Sign up to Talking Spaces to receive big conversations and small shares straight to your inbox.

With working life all at sea, what does the future hold?

After the COVID-19 storm, Toni Riddiford and Glynn White contemplate a fog of uncertainty.

Stories from sabbatical in SE Asia, 9 steps to a socially distanced 5-star hotel stay, and puffin eco-tourism for your ears.

Helping the industry to understand the value that high quality, sustainable development brings to communities.

A journey of discovery through South-East Asia

Read about the trip that transformed Seya Tansill's world view and deepened her commitment to sustainability and DfMA.
We use cookies to ensure that we give you the best experience on our website.OkRead more