Passionate about the South West’s built environment, David is a key voice in Devon and Cornwall’s Building Forum and Building Plymouth. To ensure its legacy, he spends his spare time mentoring young people to inspire careers in construction.

He is regional director for our Plymouth office, managing the team, overseeing projects, looking after the financials and leading on bids.

David, what is the role of an architect?

As much as architecture is about creating an amazing environment for people to live in, it also has a role in challenging people’s perception of the built environment.

It’s about so much more than buildings, and we have a role in shaping the planet for the sustainable future. This is particularly important in the future of city infrastructure – we can use the built environment to encourage cycling and public transport instead of cars.

What is your favourite project to date?

The Torquay Academy, a BSF Path Finder brand new school in Torquay. The project was carried out over two years and I managed it from inception to completion. It was very rewarding because we were building a brand new school for 1200 students that used to be in special measures. Since the new build it is now oversubscribed and deemed Ofsted outstanding.

Overall, we had a great team that delivered a very complicated project.

Do you have a favourite building in your city?

TR2, the Theatre Royal Rehearsal Studio in Plymouth – there is nothing else like it in the city. In terms of materials and finishes, it really pushed the boundaries of its time, raising the bar for the buildings to follow. It was definitely a game changer for the architectural scene in Plymouth.

Interesting fact that nobody knows about you?

I am a qualified cricket coach. I coach youngsters, regional and country cricketers in my spare time. Teaching kids in this way for the past 15 years is similar to my role in encouraging young people into construction. I strongly believe in inspiring future generations to pursue their dreams.

Burrator and Cadover Bridge #dartmoorbikes #dartmoornationalpark on Sunday, 2 very popular spots especially when the sun is out, but deserted as people respect #stayhome…
Stunning morning along the Plym estuary and very quiet in the city centre #plymouthphotographer #plymouthdevon #weknowplymouth
Article from when @stridetreglown moved into the current office at Norbert Court The Millfields Plymouth back into 2002. How time flies when you are having fun 😎
PADI@PADI 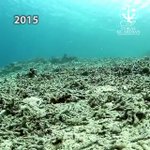 What are you doing at home to help save the ocean? 📹: IG users coralguardian & martincolognoli in Pulau, Indonesia 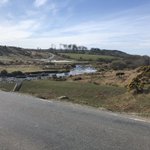 This is cadover bridge Dartmoor a well known beauty hot spot near plymouth today. Deserted! We are not all flouting the rules, we are protecting our #NHS https://t.co/ka1YacRnp9
Traitors to every NHS worker. 👇
Jarlath Regan@Jarlath 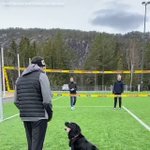 Don’t send me another video via WhatsApp unless it’s this good.

Back in March we signed up as sponsors of Building Plymouth, a Council led partnership with local…
We use cookies to ensure that we give you the best experience on our website.OkRead more