Kieran joined Stride Treglown as a Part 1 Architectural Assistant back in 1999. After working his way through the ranks he is now a Regional Director for our Bristol office.

He is a recognised leader of student accommodation design in the UK. His team has rolled out more student beds than any other practice, delivering accommodation direct to universities, including Reading, Bath and Cardiff, as well as for private providers such as Unite, Fusion Students and Aparto.

Kieran, who is your biggest career influence?

Peter Maben, a former divisional director at Stride Treglown. When I joined the company he became my mentor. He was a friendly, calm, experienced and well-respected man, as well as a great architect. He made me see a much wider perspective on things, something that only comes with experience. That’s something I can now bring to the table when I’m working with young architects myself. When he stood down, it made me raise my game and spurred me on to the position that I’m at now.

Why did you choose a career in architecture?

It was what the computer told me to do at a careers day at school. Who knows what data I fed in? I thought I wanted to be a marine biologist. I think a lot of it was also down to legacy. I didn’t want to flit through life with nothing to show. With this job you can physically make your mark on the world by building something for people to remember you by.

Interesting fact nobody knows about you?

After recent knee surgery my surgeon said “you have abnormally high knee caps”. That’s an interesting fact about me even I didn’t know until recently.

What is the best book you’ve read?

I read a lot but I’d have to say Robinson Crusoe by Daniel Defoe. I loved Enid Blyton’s The Secret Island when I was younger, but that doesn’t make me sound as intellectual! 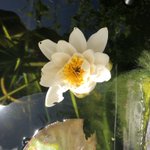 27.06.22 second water lily of the year in the Lilley house #pond
Being serenaded at home by #eltonjohn in #Southville tonight. @ashtongatestad must have turned the speakers up since Wednesday 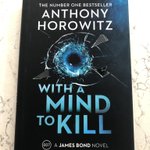 The project stands to be a flagship example for this new housing model in Bristol.

The new accommodation will be carbon neutral in line with the University's 2030 strategy.

Will our industry learn from past manufacturing lessons?

Head of Student Living, Kieran Lilley, on why sector diversification is key to ensuring a strong future for offsite construction.

It’s been a great week of celebrations and hangovers, with a number of our projects picking…

Planning permission has been granted for Bishop Gate, an exciting 1116 bed development for Coventry University,…