Carl’s biggest focus is education projects, but he also has a strong background in the hospitality sector and residential projects.

What is the current trend in education?

The current focus is on delivering high quality teaching environments. We’ve recently been involved with delivering a number of these projects, some on very limited budgets.

These were successful because of the joy and excitement we managed to create. By introducing lots of colour, students have an exciting learning environment, and they can use the colours to find their way around the school.

Every person in the world engages with buildings – the cityscape and urban design have become a part of our everyday lives. They don’t really realise how much of an interaction they have with architecture because it’s so commonplace.

Some of the best spaces are successful without you even realising why. Architects have an important role in shaping future places for people to work and live in.

Who is your biggest career influence?

I spent quite a lot of my early career working for Will Alsop. His rather non-conformist attitude to design is still influential on my thought process.

The Distant Land of my Father is an amazing book; it’s narrated by a woman retelling her father’s story, based in Shanghai. I lived in Shanghai for three years, designing and delivering a large commercial and retail project associated with the new cruise terminal, so naturally it intrigued me.

What advice would you give your 20 year old self?

Travel even more. Everyone in the office will laugh at that, I’m always planning my next trip.

See what life at Stride Treglown is like for Carl

So exciting to see the start of construction for the new #AviationCentre for @SpaceCornwall @CornwallAirport #Newquay. @StrideTreglown are pleased to be working on this important project with @WillmottDixon and @corservltd 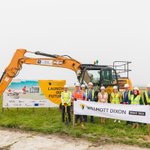 Thrilled that work is now underway on the £2m Aviation Centre at @newquay_airport - this is a huge step forward in our journey to launch & the inclusion of the Centre of Space Technologies will be a valuable asset to Cornwall’s space cluster 🛰️ Details 👉 https://t.co/1AGWGE80op
Stride Treglown@StrideTreglown 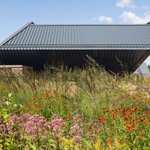 👋 We're on the lookout for a Landscape Architect. Fancy joining us? - Employee owned - Certified @BCorpUK - Carbon Neutral - @talklandscape registered - @LandArchDeclare signatory Enough about us. We want to hear from you. Head to our #careers page: https://t.co/WnxXjJwCpN
Stride Treglown@StrideTreglown 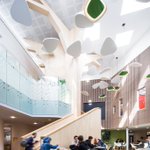 Plastics in our oceans. It's a salty subject (forgive the pun), and for very good reasons.