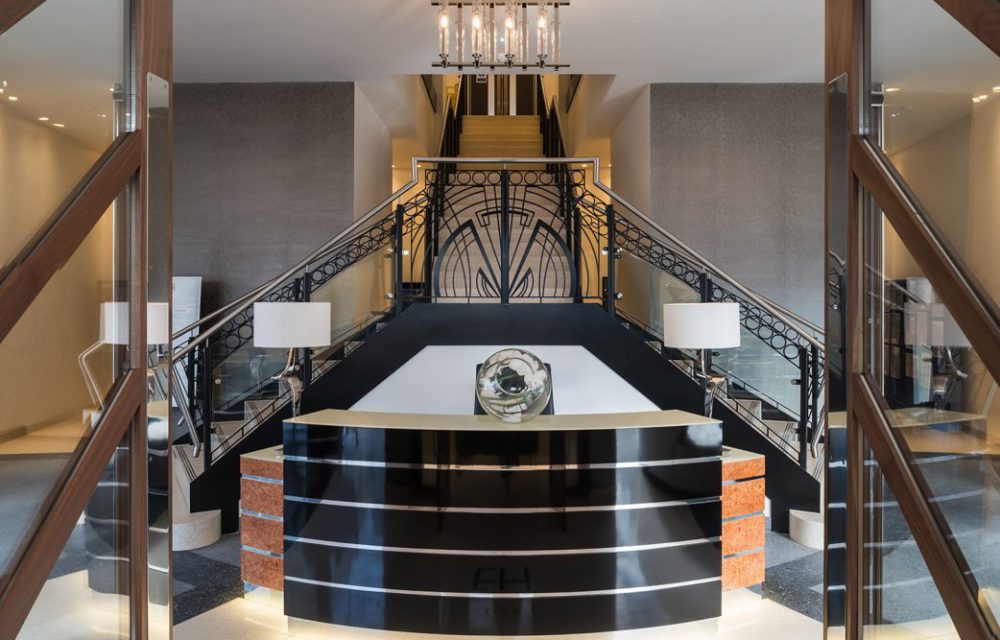 Electricity House in Bristol’s city centre has been crowned ‘Best Refurbishment Project of the Year’ at the 2016 Housebuilder Awards. The award recognises commitment to the restoration of the Grade-II listed building, whilst protecting its integrity.

Originally designed by acclaimed architect Sir Gilbert Scott in the 1930s, Electricity House is an iconic building and integral part of Bristol city.

After decades of neglect, in 2014 it was restored to its former Art Deco glory by Stride Treglown and Crest Nicholson. Care has been taken to preserve the façade, including replacing modern windows with those more in keeping with the building’s original styling.

Internally, Electricity House has been transformed to accommodate 85 luxury homes with contemporary features, while demonstrating a strong commitment to sustainability and the environment.

The Stride Treglown Interior Design team worked closely with the client to understand the historical significance of the building and develop a strong narrative to underpin the interior refurbishment, with the impact of material selections and contemporary elements evident in the completed scheme.

“Our architects worked particularly hard to restore some invaluable features such as the grand front door on the bullnose of the façade. Inspired by London’s Art Deco hotels, the marble terrazzo floor in the foyer was also painstakingly re-created by master craftsmen. This award recognises the hard work of all those who helped us reinstate Electricity House.”

The prestigious Housebuilder Awards, organised by Housebuilder magazine and supported by both the NHBC and HBF, were presented by actor James Nesbitt at a packed London venue on Thursday, 3 November. The awards recognise excellence across a range of housebuilding disciplines.

More on why Francesca and Nik made the shortlist here.

Full planning has been secured for this innovative and influential project.

We are carbon neutral

Over £6k raised to #EndYouthHomelessness

Thank you to everyone who helped make SleepOut 2021 a record-breaking year.