Right so we’re going to throw socks from the upper floor into different containers. Whoever has the most points with five socks wins. And points mean prizes. So we’re just going to rally everybody upstairs.

We are here today in the Cardiff office. It’s a regional office of Stride Treglown, one of the nine offices that we have. It’s a really close knit family feel community within the larger business. The office is a building that we designed and built ourselves. I ran the project with Anthony Walsh who did the base build  and I did the interior delivery. It was the first BREEAM ‘Outstanding’ building at design stage which was quite an achievement. Even eight or so years later, it’s still looking fantastic.

I have been with Stride Treglown for 20 years – I’ve seen lots of change and I’ve grown up. There comes with it this feeling of maternal pastoral care. You see people have families, get married, develop through their career and you invest time in them. So I think it comes quite naturally to care about the people that work here. I pay a lot of money for childcare in order to have my career, so it’s important to me that I enjoy where I work. And I want to be part of creating an environment where you have fun and you don’t just sit at your desk all day.

Sometimes in deadline moments it can feel like your head’s down and you don’t have time to take a moment back. They’re not constant but in those moments it did feel like you were too focussed on one thing. It really resonated with me that we should try and work harder at creating an environment that brings a sense of relaxation, contemplation, support, health, wellbeing. It takes small steps to start change and I wouldn’t say it’s entirely on me. There are people here that are up for it, they’re keen to create an environment that they want to enjoy working in too.

There were some key words that we wanted to pursue: creativity, culture, thought leadership. I focussed in on the creativity tasks and thought what sort of challenges can we bring to people that just gets them away from their monitor?

So we did this challenge where you had to draw a picture of your favourite building without taking your pen off the paper. We got images of the Twin Towers and Sydney Opera House. That one is Corbusier but I can’t remember which house. That one is Frank Lloyd Wright. That one I have no idea about, but it means something to someone and that’s the nice part of it. People are investing their own energies and history into drawing something that’s meaningful for them. It had quite an impact and led on to us doing it again.

The next challenge was paper aeroplanes. A really simple task but everyone gets so competitive. What I love most is that the noise level changes. Sometimes we have moments of peace and quiet and other times quite noisy moments. But you always notice a change between the work-based noise and the sound of people interacting and having fun.

People from different sectors, different areas of the business and different levels in the business interact on a level plain. You can’t train to make toothpick towers or catapults. And all the people across the business that have gone to university and have all of these lovely qualifications still have to Google how to make a paper aeroplane. It brings a really nice dynamic to the office and I think people go back to their desk feeling rejuvenated.

So here in this part of the network is where I create folders that cover different aspects of our cultural change. There are things like our social events where we have fun outside of work, there are the ‘Fun for Five’ challenges, and our ‘Devil in the Detail’ technical workshops. We do Room 101 which is brilliant. We’ve got Mezze which started with just eating lunch together. You bring anything like a one pound pot of humus or olives. Or you could have something that somebody’s made, like an orange cake. It’s spiralled from there. We did a spectacular Christmas Mezze run primarily by Alan where we had everyone around the table for Christmas dinner. We cooked it on two hot plates and two microwaves.

But the best thing is that when you eat together you break down barriers and you start talking about stuff outside of work but also about pressures that you’re under. It’s all very naturally flowing. It’s a bit like having a dinner at the end of the day with your family. It’s a moment where you can all just relax and share. And as soon as you start talking about one thing, so many stories come out. Like Anthony braking and the roast potatoes falling onto the floor of the car. Or Al being up all night checking the turkey wasn’t burnt. It’s great.

I joined Stride Treglown in 2000. The Cardiff office was quite small then – about four or so people plus a Director. It was quite a close knit community and I think that’s where my investment in culture began – I was typing letters, making coffee, welcoming people to a meeting. There was nothing that you didn’t get involved in and I’m incredibly grateful for those experiences. They definitely formed who I am. I’m an all-rounder.

I get involved in every part of the business but my technical role developed around ten years later. I found that I was more interested in delivering projects on site than the early design stuff. I didn’t enjoy university for similar reasons. That echoes in the engagement work I’m doing – kids leave school wanting to be an architect but actually don’t know the wealth of other opportunities in the construction industry. They could be better suited to other avenues. That definitely echoes in my career path.

Ten years into my career, I decided that technical was the route that I was definitely more comfortable with; delivering projects, getting increasingly larger and more complex projects. Anthony Walsh said to me, “Have you thought about Chartership? Have you thought about formalising your experience with a professional qualification?” It was a great gift to me. And having done that, everything has sort of snowballed since. And it has been based on people trusting you with growth. So every project got a bit bigger, you’re now working with other people, you’re supporting other people. It’s just been amazing. That point where I became chartered changed my career and it’s snowballed since.

Simon Trew our Regional Director came to me and said “I’ve got something really exciting. There’s a Women in Construction and Engineering Award coming up. We’d love to put you forward for it. Is it something that you’d like to be a part of?” The air escaped me. I was just blown away. Yes was obviously the answer. But it was more that people had seen what I was doing and were grateful – or had even noticed – that was incredible. For people from other offices to say “She’s the one that we’re going to put forward”, was such a compliment and I was on cloud nine. It really brings it to home – you’ve gone from that small conversation in the studio to a big event and then when they called my name I just was in total shock. And it still sometimes rushes up and you feel like “Oh my god, I’m WICE Award winner.”

I think it shows a real focus on support. They’re not just talking about being a company that invests in their people, they’re actually doing it and they’re encouraging development. I’m incredibly grateful for Stride Treglown having nurtured me through that career growth. I’m really happy. I love delivering good projects for clients. I love working with teams. And I’m incredibly proud of the designs people have created in our office.

So let’s go and do ‘Fun for Five’. Let’s take a moment out and have some fun.

Why not read Karyn's profile. 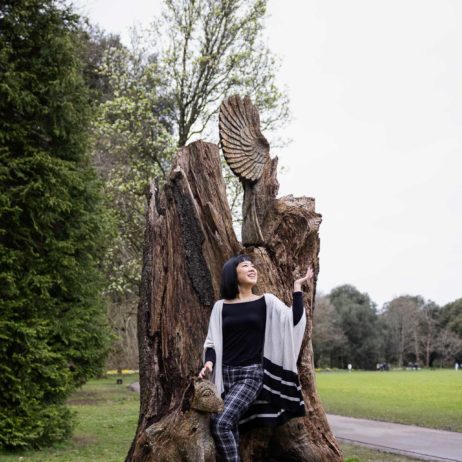 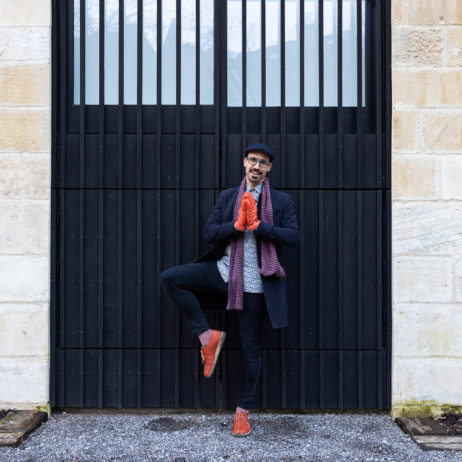