John has recently taken on the role of Head of Office for Bristol.

With a background in commercial architecture, John relishes this opportunity to develop the talented teams within the Bristol Studios and increase our influence in shaping the future of our home city.

John, what are the current issues facing Bristol?

Bristol consistently ranks as one of the most liveable cities in the UK, yet this historic city is showing its age and struggling to cope with 21st century demands. The next decade will see major developments starting in the north, west and south of the city centre and on the northern fringe, providing many much-needed new homes. But we need to ensure that these ‘developments’ are more than just places where people sleep. They must become ‘places’ in their own right, with a full range of facilities to live, work, learn, and play, reinforcing existing communities in the area.

My challenge over the next few years will be bringing together clients and local authorities with our skilled team of masterplanners, landscape architects, planners and architects to help create some of these new places.

What is your favourite project to date?

The best projects are usually the ones where the client team, designers and contractors gel as people. For that reason, my favourite project is the last one I did as part of a framework for VOSA.

VOSA set up a national partnering framework for consultants and contractors, and the same team of people completed ten projects across the UK, from Bristol to Aberdeen.

The project in Bristol was new-build (where many of the others had been refurbishment and extension), and the client wanted a highly sustainable office building to sit alongside the test hall. As a team we were able to develop some innovative passive design ideas, which resulted in a BCO award-winning building.

This diverse group of people worked collaboratively, all looking out for each other, pulling in the same direction and coming up with the best solutions. We were able to learn from one project to the next, improving and refining, so that each project became more efficient and cost effective. The team won the Constructing Excellence national ‘Integration & Collaboration’ Award.

What’s the greatest invention ever?

It hasn’t actually been invented yet, but the Infinite Probability Drive from ‘The Hitchhikers Guide to the Galaxy’ would be revolutionary. People could live and work anywhere, and experts could be available wherever they were needed. We would probably need a Babel fish as well, so that we could all understand each other.

If it has to be an invention that actually exists, I would go for the wheel. Without wheels almost everything that is useful wouldn’t exist.

What is your favourite building?

Le Corbusier’s Notre Dame du Haut chapel at Ronchamp. I still have the slides and sketch books from my month spent travelling around Europe looking at buildings when I was a student. The day I spent drawing and photographing this building sticks vividly in my mind. This small, seemingly simple building, is still my favourite of all time. The simplicity of materials and the complexity of the geometry create something that is far greater than the sum of its parts. 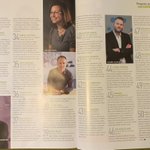 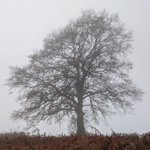 A very #foggy #oaktree when I went out earlier....
The new #SocialValue section launched on the @StrideTreglown website today. Take a look and let us know what you think... 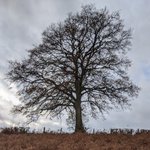 My #oaktree at lunchtime today

With your help, Rachel, Caroline, Robert, Graham and John raised £4,858 to help #EndYouthHomelessness.

There's plenty of potential in existing office buildings says John Wright, it's all about how you unlock it.

Key appointments for our Bristol and Winchester offices

Meet us in Copenhagen

If you're heading to this year's BCO Conference, get in touch with us to arrange a meeting...

John Wright walks us through solutions to the city's transport woes - after all, it's called Park Street, not parking street.

This year, we're going all out. We're sending experts from regions across the UK.
We use cookies to ensure that we give you the best experience on our website.OkRead more