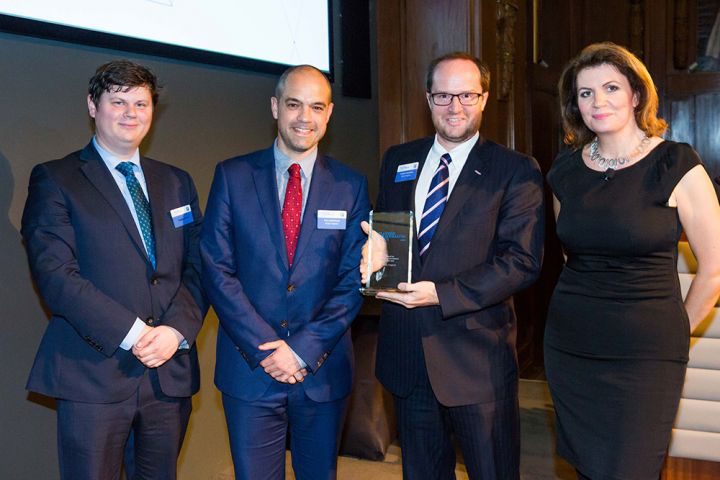 Stride Treglown Town Planning has won the prestigious Planning & Placemaking ‘Town Planning Consultancy of the Year’ award, a huge achievement for the team of eight against such stiff national competition.

The judges praised our “close team striving for innovative solutions to original planning projects”, particularly on such schemes as the redevelopment of Swansea docks at the University of Wales Trinity Saint David and the expansion of Royal Holloway University of London.

“We are delighted to have been recognised by the Judging Panel for the hard work and efforts of the team over a number of years. We have not only been active in numerous development sectors but have benefited from staff development and coaching programmes which have honed our client relationships and contributed towards a range of successful project outcomes. Rare for a private planning consultancy, we aren’t engaged in many appeals and work hard to build consensus and secure planning permission ‘first time around’.

It is great to share this award with our clients – they are the ones who trust us to work alongside them and without them, and the challenges their projects pose, we wouldn’t be the recipient of this tremendous award.

Promoting culture and community through the power of the people.

We have signed up to the Placemaking Wales Charter

Find out how you can join the list of signatories promoting sustainable, people-focussed, active and distinctive places...

Out of the crisis can come truly sustainable placemaking. So what can, and should, happen next?

Why we all need space to grow

Head of Sustainability, Rob Delius says it's time to do more to tackle 'space inequality' and here are the reasons why.