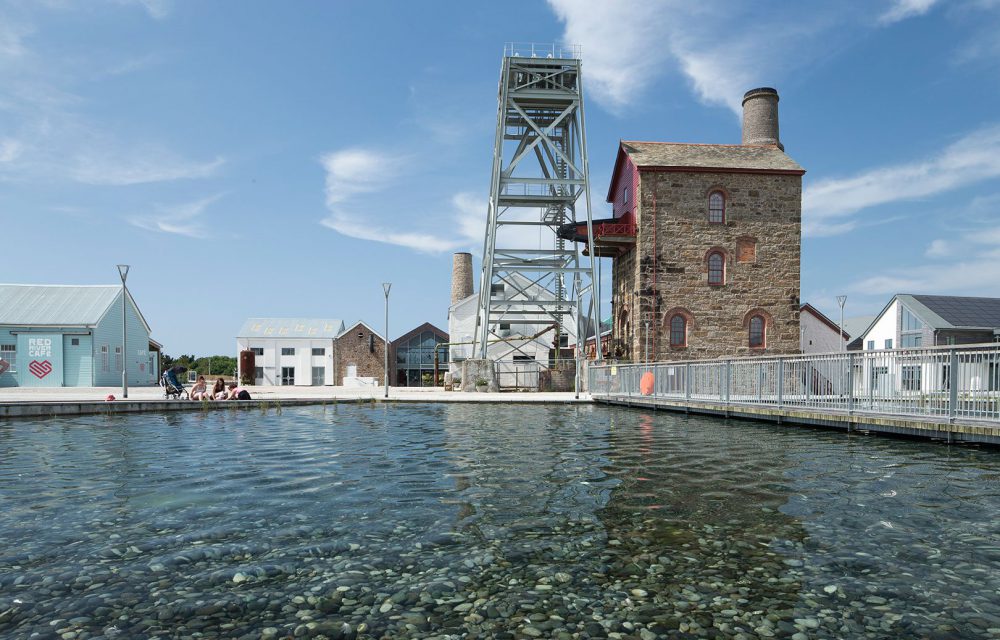 Humans have never been so mobile or unshackled from the constraints of ‘place’: increasing automation and digital technology are bringing forward the death of distance. At the same time, the bond between communities, geographies and work is weakening.

So how will these related trends affect our built environment?

Across the globe, the story is of untrammelled urbanisation. Geoffrey West, author of Scale: The Universal Laws of Life and Death in Organisms, Cities and Companies, presents us with the surprising statistic that every week between now and 2050, a million people are being added to cities across the globe. Bill and Melinda Gates have just launched a challenge to confront the fact that the world is on course to build a new New York every month for the next forty years.

In the UK, the trend is less clear-cut but nonetheless holds true. Cities like London, Manchester and Birmingham and, to a lesser extent, Bristol and Cardiff, are exuberantly on the rise.

The historic rationale for urbanisation was economic. Whether pushed or pulled, people abandoned the countryside to seek their fortune in the big city.

Why is it that companies do not move out of the city, given digital technology’s potential to make geographical location irrelevant?

Today, the rationale in rich economies like ours is less obvious. Why is it that companies do not move out of the city, given digital technology’s potential to make geographical location irrelevant? What is compensating for cities’ barely affordable rents and high cost of living, over-crowded transport links, psychological stresses and polluted air quality, higher than average crime rates, vulnerability to climate change, and so on?

Is this just inertia?

We have the means and motivation to leave … but choose to remain. Is this just inertia? Do we stay for the admittedly rich cultural attractions? Or is there some visceral, purely sensory appeal in city living that trumps any alternative?

If so, we are saying that where we choose to live is not determined by economics or survival. If that’s true, what implications does it have for the design of cities, all of which are in some way predicated on or cater to humans at work?

We already see the effects in the retail sector, which has shrunken or been blended with pop-up ‘experiences’. In the music business, live shows are now the ultimate currency. The boundaries between public and private space on the one hand and functions on the other are being blurred to nudge inhabitants into serendipitous transactions not possible in the virtual world, all in recognition of our powerful pleasure in sweaty interaction.

And what implications are there for our rural ghost communities desperate to carve out a post-employment purpose? Having lost their populations to cities and their raison d’etre to the decline of manufacturing and industry, their infrastructure is redundant or ill-fitting. What chance do they have at renaissance?

The answer seems to include finding a way to extract value from nostalgia for what is unique about the area and align it to the needs and wants of the future leisure generation. If the authenticity of place and social interactions are genuine attractors, what stronger card can once-meaningful settlements play?

Pierre will be at MIPIM 2019. Get in touch with Pierre to chat Shaping Future Places.

“We need an economic transformation in the way we invest and build.”

Find out more about this innovative, yet subtle, pavilion which is shaped by its tranquil landscape setting.

The real cost of inter-city travel—from carbon to convenience.

The judges were particularly impressed by our commitment to sustainability principles. Here are some of our 2021 highlights.

Fran's on a mission to make Specialist Living an aspirational move. Find out more...

Our Cardiff studio has once again stepped up to the plate. Llongyfarchiadau ar eich llwyddiant!

Another award shortlist, this time from AJ Architecture, for a stunning project with successful collaboration at its heart.

Eight weeks of action counting down to COP26.