Nick is a senior lecturer and palaeontologist, primarily interested in fossil vertebrates. He was head of the committee which formed to understand what the department wanted from the new building.

So you led the department’s committee for this building project?

Unusually, the money came into the department rather than directly to the university, so we took that as an opportunity to get highly involved in the design of the building.

It was interesting – this collective decision-making and interactions between architects and engineers and us.

Sometimes committees can come up with terrible things, but in this case everybody involved just wanted to have a really good building. So even if we had different ideas about how that might look, we were all on the same page about wanting to do something really special.

Tell me more about the design process?

We would sit down with the drawings. The architects would throw out ideas and we would throw out ideas – this kind of ping pong, back and forth; “We like that. We don’t like that”. It was a very dynamic and interactive process of designing, tweaking, revising, fixing. The building evolved and every time got a little closer to what we wanted.

And what did the user group want?

Scientists are a really weird species. Like the Panda House at the zoo, we’ve got the Scientist House here. And we asked, “What does it take to make the scientists happy and productive?”

Well, humans need light. The studies are clear that more daylight leads to fewer sick days and better moods. So we have lots of natural light here – that was not an accident. Humans are a social species. Like wolves, we bond as pack animals over food. So we’ve got the coffee area to have espresso and beers. Humans need to have spaces to interact but, like cats, sometimes we need to retreat to a little, safe space. Here academics can go into their own space and sit down with their thoughts.

What’s the most successful part of the building?

More from The Milner Centre for Evolution, University of Bath 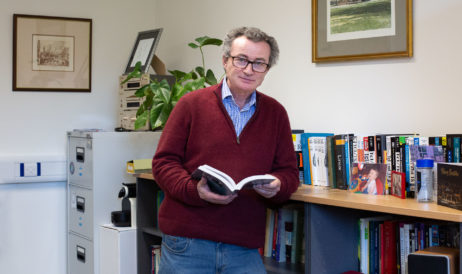 "We designed it for us!" 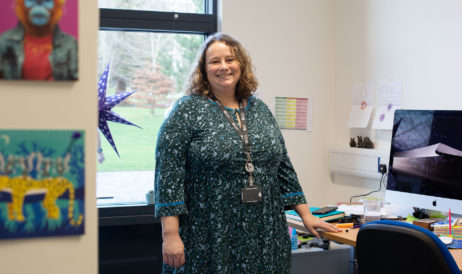 "I’m proud of the building - I think it’s very special that we have a place just for evolution."

"Sometimes you make an association with work - if the environment is bad, you probably won’t be that keen on going, right? But in this case, you just enjoy being in the building."