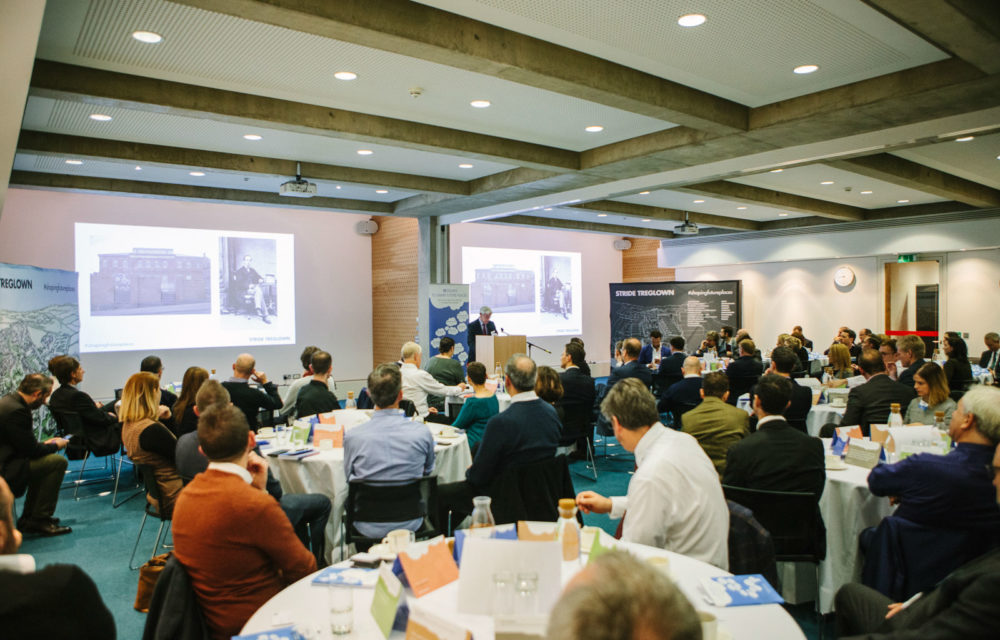 A year on from the Shaping Future Places symposium in a very snowy Bournville and we haven’t stood still. As we said on the day, the event was always intended to be the beginning of a wider conversation and we’re delighted with what we’ve achieved since. Here are a few of the highlights.

The Little Book of Provocations

Our first output from the symposium, featuring responses from the day and Laura Sorvala’s brilliant illustrations.

Learning from the past, building for the future. A nine month gestation period seemed entirely appropriate for the Shaping Future Places book – 10 essays from built environment experts, influencers and stakeholders launched in London last November.

We’re absolutely thrilled to be one of four practices shortlisted for the RIBA International Competition, Re-Imagining the Garden City. The competition attracted 95 entries from all over the world including teams from as far afield as Australia and Thailand.

Once we’ve completed the next stage of work, the four proposals for the urban expansion of Letchworth will go on public display in the city. Until then, we have to keep our work under wraps, but watch out for more details of the exhibition.

We gathered some of the leading lights of the south of England for a hearty breakfast and illuminating conversation around how the region, and the cities within it, can band together to promote itself. Some familiar themes emerged including the importance of attracting and retaining talent for future success and the role of the private sector whilst it became clear that the wider region has huge assets on which to build.

It was a fascinating start, with follow up events in the pipeline. If you’re interested in taking part, let us know.

Looking ahead, the conversation continues….

We’re pushing the boat out this year and sending six of our finest to Cannes to talk #ShapingFuturePlaces in an urban context. Roundtables, panel discussions and beach yoga is in the works. Look out for us if you’re there.

It’s not all work and no play at Shaping Future Places towers. We’re hosting our very own Bake Off at the wonderful Bertinet Kitchen in Bath. Three heats of four teams will battle it out for a place in the final. All of course captured on our social media channels.

Other events are in the pipeline in Manchester, Exeter, Plymouth and London. If you’d like to be involved, or have an idea for an event we could help with, please get in touch.