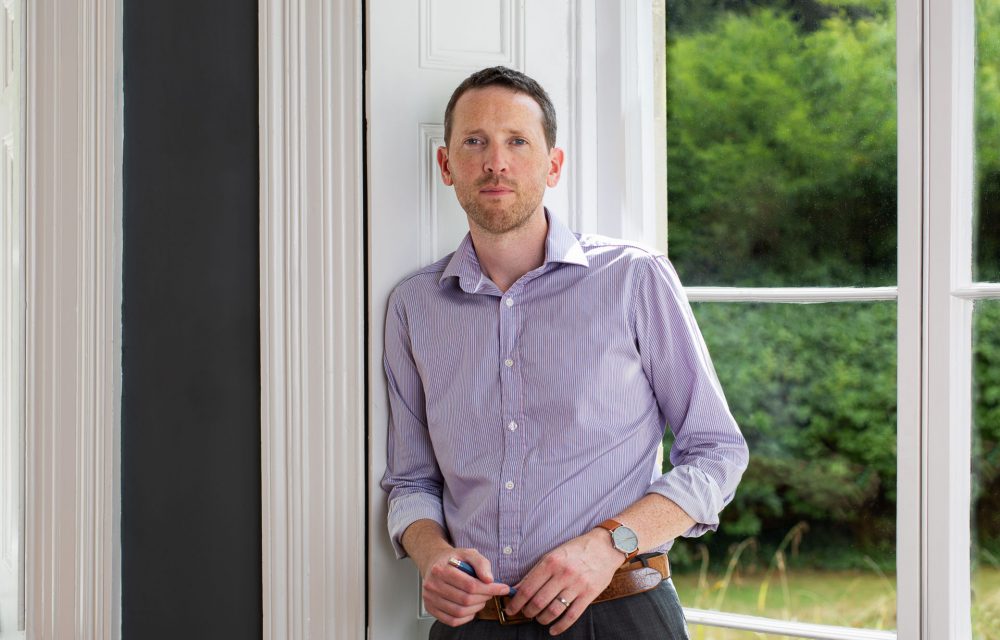 I moved to the West of England about 20 years ago. In that time I’ve lived, studied and worked across Bristol, South Gloucestershire, North Somerset and Bath. It’s interesting looking back at how the region has changed in terms of our relationship with transport and its impact on our streets.

Some really positive changes have taken place in that time. When I first arrived in Bristol there was a four lane dual carriageway running through the heart of Queen Square. Temple Quarter had a rollercoaster of a flyover onto Redcliffe Way. Not forgetting the huge figure of eight configuration of roads outside the Hippodrome with formal parks in the middle.

The region’s other urban areas have also undergone significant change, with Bath now enjoying the major transformation of SouthGate right down to smaller interventions at Abbey Green, while Weston-super-Mare has reinvented its waterfront.

This all demonstrates that our towns and cities are able to adapt to how we, as a society, wish to function. But at what cost?

Our urban environments are flexing to accommodate vehicles but it’s those same vehicles that are wreaking havoc on our streets and our wellbeing.

We have to view our streets, not as transport infrastructure, but as places for communities that respond to the social issues we’re currently facing such as climate change, air pollution, social isolation, obesity and the bio-diversity emergency. I’m particularly interested in how streets could be transformed at a city-wide level.

Over the summer, Bristol City Council and West of England Combined Authority announced various measures – including plans to improve eight key bus corridors and the publication of the Local Cycling and Walking Infrastructure Plan – which will help to promote more sustainable and healthier ways of travelling. The recent proliferation of cycle lanes on some of the city’s busiest streets is a welcome sight, and hopefully overtime they’ll be more attractively integrated into the streetscene.

But these measures don’t directly address the stranglehold that private vehicles have had on Bristol’s streets for decades. The ban on polluting diesel vehicles would have been a positive step in helping to reduce traffic levels as well as maintaining better air quality, but that no longer looks like it is being considered as an option.

If we’re ever going to break our addiction to the car, we must be bold in our aspirations.

According to Bristol City Council in 2016, their total car parking provision amounted to 33,653 spaces across the city. Working with the recommended minimum car parking space dimensions (4.8m x 2.4m) that equates to nearly 39 hectares of space across all forms of parking: on-street, Park and Ride, multi-storey and open air car parks. That’s roughly the equivalent of College Green, Queen Square, Castle Park, Brandon Hill and Victoria Park of bumper-to-bumper parking with no circulation space.

If this figure is stripped back to just on-street parking provision including Residents Parking Scheme areas, we’re still looking at 25,400 spaces. In other words, just over 29 hectares of our public streets around Bristol are used for the storage of private property. Placing all these on-street parking spaces end-to-end would give a strip of land 121km long, broadly the same distance between our Bristol and Birmingham offices.

To put that area into context, the world famous High Line linear park that so successfully snakes through southern Manhattan is just 3 hectares in area, albeit elevated over existing streets. So if Bristol’s political target was to gradually reduce or eliminate our on-street parking provision over a decade or so, just think what we could achieve.

We should be pushing to replace a minimum of every 20th (though ideally every 10th) on-street parking space with a landscape feature every year for 10 years. After five years, 6.6 hectares of Bristol’s streets (more space than in Castle Park) would be reclaimed for tree planting, raised beds, benches, cycling storage, water attenuation and artwork. After 10 years, that figure rises to 12.6 hectares of reclaimed streets. In the first year alone, 1,270 street trees could be planted across the city.

With fewer parking spaces available, less people would consider owning a car, thereby contributing towards further reductions in congestion and air pollution. Add to this the environmental enhancements brought about by additional planting, and the air will be cleaner and our streets healthier.

Of course such decisions can cause short-term inconvenience and harm to some individuals and businesses, but it’s amazing how change becomes the norm overtime. Looking back at the roll-out of the Residents Parking Scheme in Bristol, I can still remember the sight of a tank rolling down the streets in Clifton, near our Bristol office, in protest at plans to introduce on-street parking restrictions. This was not a universally popular decision at the time, but six years on, the tank is long gone and we now accept that parking opportunities are limited.

Whether dramatically reducing parking spaces is enough to help Bristol in its target to be carbon neutral by 2030, I don’t know, but it certainly gives a feel for the sorts of interventions we need to be considering and implementing. 2030 may seem some way off but unless we act now with substantial and committed measures, we’ll be too late in effecting the necessary outcomes.

Whilst there will be some pain during that time, the loss of convenience in the short-term should not undermine our obligations to rectify the harm vehicles have done to our urban areas. Besides, think of the beautiful streets we’ll get back in return.

What do you think about Paul’s idea for Bristol? Could it work in your city? Pick up the phone to chat to Paul or join the conversation on our social media channels #TalkingSpaces017