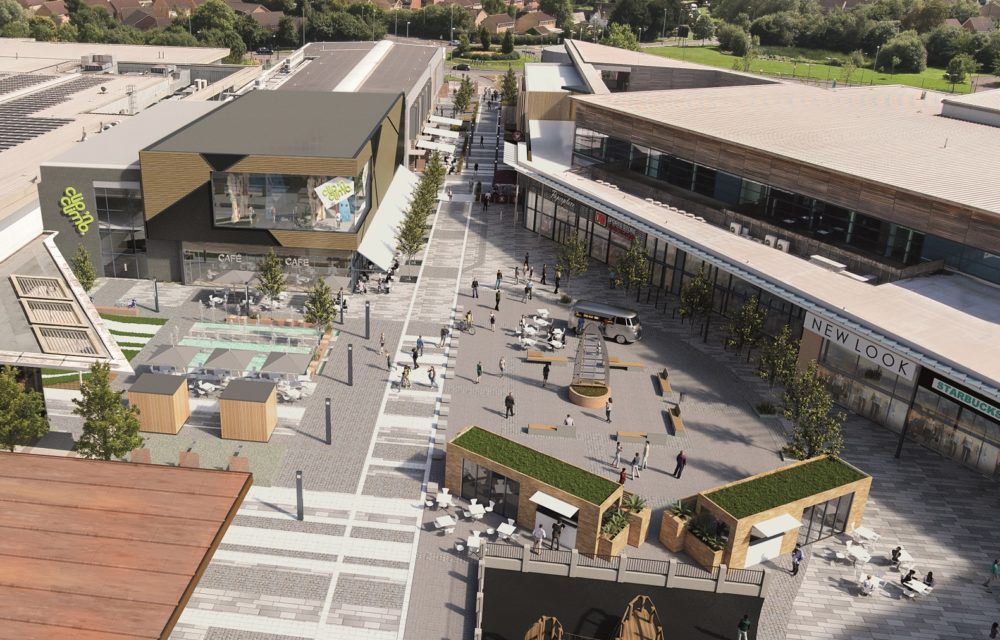 The world of retail is currently plagued by redundant space.

With shorter leases, lease ends and increasing numbers of retailers going out of business, it’s not unusual to see enormous, out-of-town units left empty or failing to meet full rental potential. Developers and landlords are pressingly eager to replan and reuse assets.

Some supermarket chains have found joint ventures with partners to utilise surplus space. The overdeveloped superstores retrench to allow another retailer to operate out of the same asset. Think of the pairing of over 600 Asda locations with Decathlon.

Repurposing can be less straightforward in retail parks. The urge to accommodate smaller retailers results in the cut and carve of large units. As designers, we are as rational and efficient with cut and carve subdivision as possible. However, not all units can be perfectly divided into 100% lettable spaces.

What remains of the cut and carve is a void – often sizeable, back-of-house space which a landlord or developer might deem undesirable.

Looking at the basic strengths of a shopping park – excellent transport infrastructure, zoned in huge residential catchment areas and comprised of large, structure free volumes – it seems like a trick is being missed.

There are some straightforward solutions for void-filling. Intelligent repurposing can see them become highly effective last-mile distribution hubs, micro-warehouses, click and collect points and even office suites.

But what about the more radical solutions? I’m reminded of Seeing It Differently, the helter skelter installed in Norwich Cathedral. The 55ft tall carnival attraction not only allowed visitors to get closer to the medieval roof bosses, but also provided a revenue stream (£2 to go up – and down).

Admittedly, the nave in a cathedral is not a void retail space, but it beautifully demonstrates intelligent repurposing – a repurposing which, in this case, drove footfall and changed the possibilities of interaction within space.

It might seem radical, but it’s actually perfectly aligned with changes in consumer behaviour seen over the past 5 years.

More and more of us are chasing the experience.

We’re seeing experiential interventions move into the retail space, and retail park voids could be ideal hosts for leisure activities. A report from Savills this year noted a rapidly expanding market of ‘competitive socialising’, with over 170 separate operators in the UK. Climbing walls, ninja warrior courses, urban golf and escape rooms are perfect for void spaces. Not only are these effective at using up space, they bring a diversity of offer that appeals to a broad base (it’s worth noting that tech like Clip ‘n Climb and VR are making these ‘extreme’ activities much more inclusive and multi-generational).

Retail parks have been synonymous with convenience and choice for decades, but in the changing world of consumer behaviour they are being forced to adapt.

There is value in the void, it’s just a case of seeing the light.

Look out for our Retail team at REVO Liverpool 2019 17-19th September. Get in touch with Gareth Mason and Toni Riddiford to arrange a meet up.

Celebrating Sarah Lee’s contribution to sustainability in the built environment

Sarah has made the AJ100 Sustainability Champion shortlist. More on that here...

The Horizon Terminal is shortlisted for SECBE Building of the Year

Find out how we delivered one of the UK's greenest deep ocean cruise liner facilities...