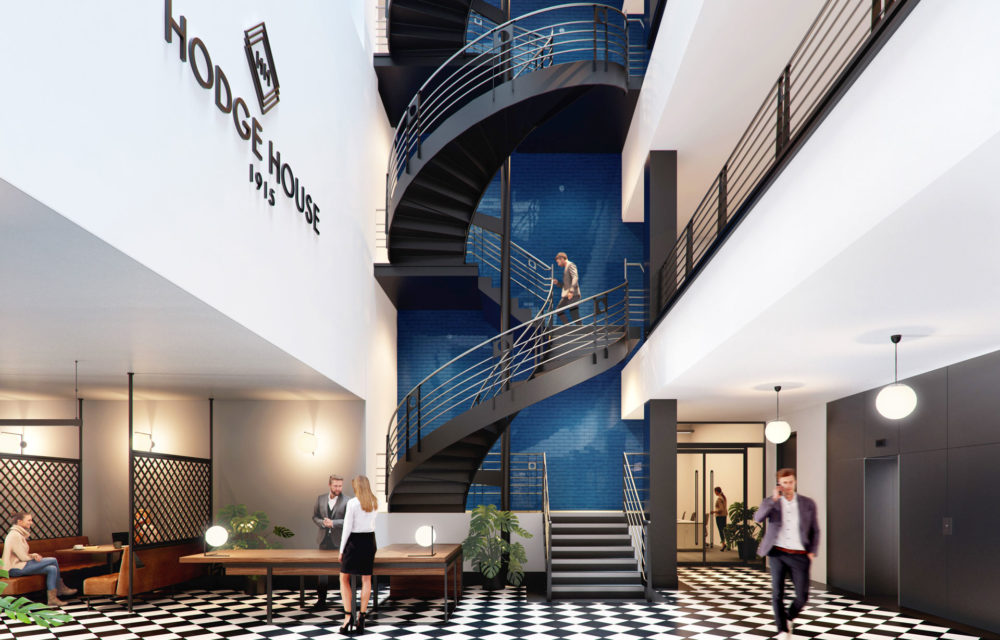 When it comes to office refurbishment, ‘good enough’ used to be all that could be expected when ageing office buildings were due for a facelift.

But, driven by greater choice of location and a workforce who expect much more than ‘good enough’ from their offices, occupiers expectations have changed radically. Yesterday’s strategies are likely to limit a building’s marketability, and as a result, its value.

To stay ahead of the competition, some are tempted to rush to the opposite extreme, throwing every technological, demographic and sociological design fad into the mix in the hope that they chance upon a genuine trend that adds long-term value.

But this strategy will strand your asset in early obsolescence just as surely as sticking with the tried-and-trusted model.

We think there is a better approach, one that sees through the hype, takes inspiration from the original character of the building, and responds to the needs of real people.

Technology can now tell you which space to use in the car park, which workstation best suits your preferences for temperature, which meeting room is right for your needs, and so on, directing your every move.

But as it turns out, this well-intentioned development in efficiency is unpopular with users, taking away their freedom to choose for themselves. The human is lost in the excitement of the new.

We’re told that millennials in particular would rather work was an extension to their lifestyles. But really, many of us would like that, wouldn’t we? Anything that melds work more effortlessly and pleasantly with leisure routines is often found to be a good thing not just for millennials, but for everyone.

In a metaphor for this beneficial blurring, our refurbishment of Southgate Plaza will cushion the transition between the street and the private realm with an open, welcoming, attractive reception space – no imposing desk, just a friendly person with an iPad – and an open ‘business lounge’.

This openness is apparent from the street, too. Passers-by will be able to catch glimpses into the gym. People will be encouraged to cycle to work thanks to the dedicated bike entrance that leads directly to parking, changing and showering areas.

We will also peel away clutter to reveal lovely coffered concrete ceilings in the office spaces, demonstrating the opportunities that existing buildings offer to develop character and interest.

Stripping the building back to its original fabric not only increases the sense of space and volume, it also reveals the cultural cues that embed the building in its setting. This can be deeply comforting and aesthetically appealing, something that is difficult to achieve in newbuilds.

All of this is exactly what we aimed for at Hodge House (main image and above), where we refurbished and restyled an early 20th century building for L&G. The ceilings have gone, revealing industrial steelwork with rivet connections. A beautiful staircase has been revitalised, while the new reception and business lounge take their design inspiration from the 1930s.

Hodge House’s wayfinding and building graphics – designed by our in-house team – are in keeping too, helping to provide the building with character and identity rooted in the original building, a move that differentiates it from its blander competition nearby to add lasting value.

This, then, is today’s battleground, especially in regional towns and cities. Aside from the obvious sustainability dividends, there’s plenty of potential in existing office buildings, much of it locked away invisibly in false assumptions about what’s possible.

Between ‘good enough’ and ‘uneconomic faddism’, we tread a subtle, sustainable, human-centred line to extra value.

If you want to chat about finding the right balance, get in touch with me here.

We are delighted to welcome Isabelle and Danny into their new roles.

A few days after publishing our Impact Report, our Board formally changed our Articles of Association.