For Norma, the feeling of community at Bournville Gardens is apparent as soon as she crosses the threshold.

So Norma, why did you decide to move here?

I was in a house on my own and I did fill it pretty well. There was a lot of upkeep which was getting too much and it was getting expensive. I always had to call people in to do things and the garden was getting a bit much. Looking ahead, I thought it was as good a time as any to move to get settled somewhere before I needed the care.

And what attracted you specifically to Bournville Gardens?

ExtraCare has another village on Hagley Road. I had my name down for an apartment there, until I heard they were planning one here. It was an area I preferred, nearer to where I lived before. So I delayed until the plans were a bit further forward with this one. When I saw the plans, I had no hesitation. And I’ve never regretted it.

Tell me, does your apartment feel like home now?

Yes it does, definitely. I was able to move a lot of my furniture and possessions here, so I’ve got familiar things around me. And that’s undoubtedly a factor to make it feel like home. It fulfils my needs. There’s not as much space obviously, but one has to manage.

When you walk into Bournville Gardens, how do you feel?

Oh, I’m definitely coming home. Absolutely. Definitely. And always pleased to be back. It’s very nice too because other residents and staff on the reception desk welcome you back. In other words, they’ve missed you.

So, you feel part of a community here?

Very definitely. We thought we’d settle in well the first year, but we’ve certainly settled in more since then. It’s growing all the time. People have lots of different interests but nevertheless we all feel that it’s ours now.

The way everybody greets everybody else when you’re in a lift or going down a corridor or going across the atrium. Everyone says ‘good morning’ or ‘hello’ and generally a ‘how are you?’ as well. We look out for each other. I think that’s part of being a community.

How do you meet people here?

I work on the reception desk one morning a week and that’s a very good way to meet people. Everybody passes there and I have a name badge, so a lot of people do know me.

Quite a lot of us went to monthly meetings before we actually moved in. During those meetings, we were told what to expect by staff members, but we were also meeting each other. And so as we moved in, we already knew quite a few people. And it didn’t seem to take long to find out who your neighbours were.

Do you use any facilities?

I don’t go to the gym, but I use the shop occasionally. Certainly the dining room, it’s a wonderful facility. I’m fairly involved in things here. I was in the original group that was starting to plan a Residents Association. Eventually there was an election to form the first committee and I was on that. So I have been on the committee from the beginning.

Do you think that people here have a sense of ownership over the facilities?

Well, there’s a bit of both, of course. To a certain extent, we do feel it’s ours. And I think that’s shown in the way we’d like it to be how we want it, which it can’t always be. So we do have meetings with management where things like that can be aired. And of course, there’s the Residents Association which also gets ideas or suggestions…or complaints of course too! 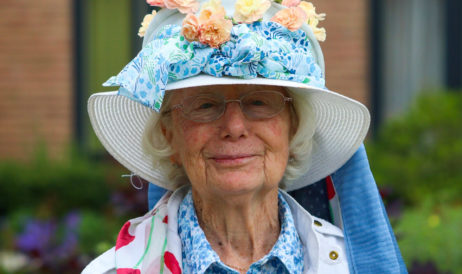 A catch up with Norma Broadbridge

“It takes me about an hour to buy a loaf of bread. Five minutes to buy the loaf of bread and the rest of the hour to talk to people.” 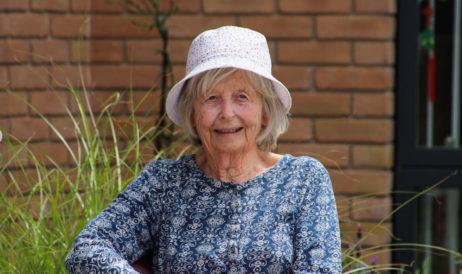 A catch up with Jane Wynne Willson

"The computer is absolutely life-saving, it’s kept me going. And nobody ever notices but I knit during Zoom meetings!" 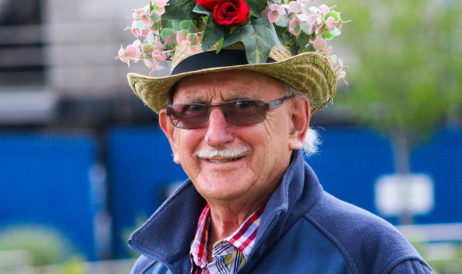 A catch up with Keith Shaw

"You’d think you were abroad sitting in a hotel looking out the windows. Apart from the fact we haven’t got the sea." 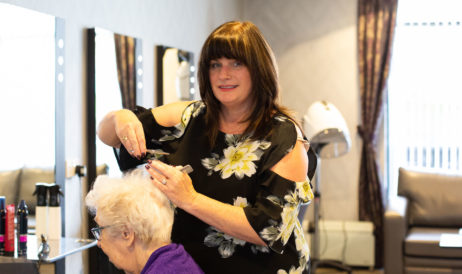 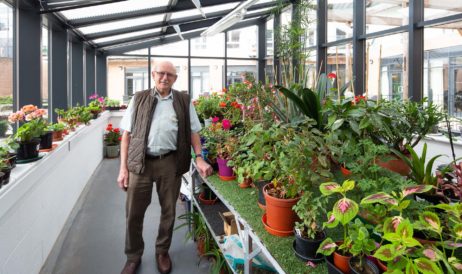 "If I didn’t have this greenhouse, I’d spend more time on my computer.” 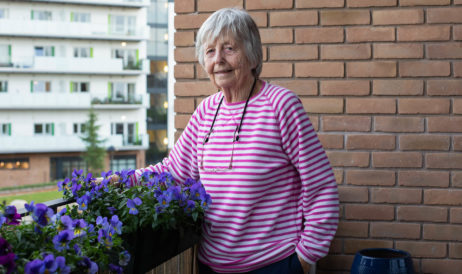 "Friends who come to see me are always a bit amazed at how spacious it is."

"We carried on doing all the things we did before we moved here, but in addition, we’ve got these beautiful facilities." 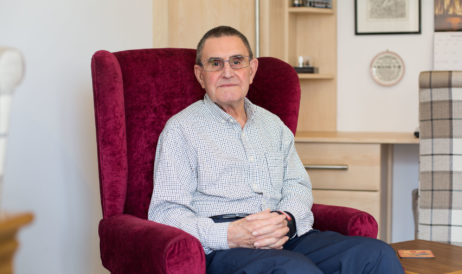 "It might be vertical, but it’s still a village."