David is Head of the Department of Electronic Engineering. David’s ‘big thing’ is the role of creativity in engineering which he believes is often forgotten or left to chance. He wants to create a diverse and inclusive department.

David, do you feel there is a sense of community here?

The department itself is small and as we grow there is a sense of community. The fact students feel they can just say hello to staff as they go around the building is rather special. It’s great that you can have conversations with students and resolve queries without making an appointment. We deal with it there and then. The building allows that because nearly everywhere there’s somewhere you can sit down.

Part of the brief was to design a building which would encourage a more diverse intake of students into engineering. Has there been an impact?

We’re trying to build up the percentage of females taking part in engineering. In our first year of recruitment we achieved 31% female participation – double the national average. We didn’t have the building then, it was just a promise. But when I walked people around the campus, I was able to show them drawings, explain colour schemes and how the rooms were going to work. So the building had some influence on people’s choice to come to Royal Holloway.

I’m proud of the fact that our female recruitment has been good. I anticipate it will get better because we’re now bringing people into the building and they can experience the spaces, the lighting and the creative thinking room. I’ve had some very positive responses from young people and their parents.

There seems to be real diversity in the types of people using the communal spaces.

The shared spaces are extremely popular. People have seen the opportunity and they’ve come and settled in. People have lunch out there and they’re spreading out to do work. The Computer Science department even runs a Lego Mindstorms competition on the top floor. That part of the building was designed with the whole community in mind. They’re not engineering spaces, they’re Royal Holloway spaces. 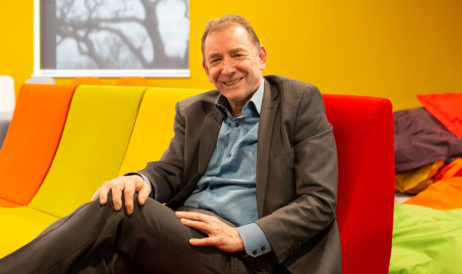 "The building has been designed to foster an atmosphere of creativity." 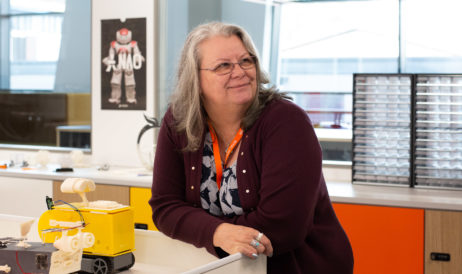 "I love this building. I spend a lot of time here – occasionally I have to ring home and say...I am coming home!" 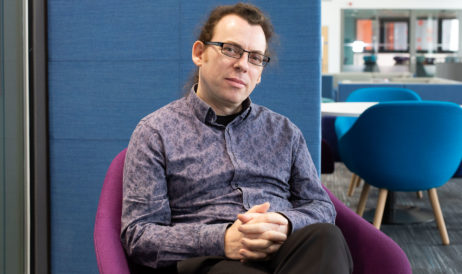 "It's very easy to have discussions here without having to organise a meeting. You can decide things quite rapidly."

We use cookies to ensure that we give you the best experience on our website.OkRead more