Scott teaches P.E, IT and Welsh Baccalaureate at Ysgol Bae Baglan. His little boy is in nursery here, and he runs his own company using the school’s facilities.

Scott previously worked at Sandfields Comprehensive, one of the four schools that were combined to create Bae Baglan.

Hi Scott, has this new school impacted your job?

It’s changed things a lot. Before, we had to make do with the facilities we had, converting old classrooms into boxing gyms. Now we’ve got 3G, Astroturf and a big sports halls.

As far as participation levels go, they’ve always been high, but now there’s more opportunity and a different range of sports on offer. Especially at Key Stage 4. We can offer seven activities at one time, whereas before it was only two, so it’s much better for pupils in that sense.

Do you feel the local community is involved with these new facilities?

Yes, definitely. I run a company called UK Premier Leagues alongside being a teacher. We’re an adults’ 6-aside league and we’ve now got 24 teams who come here on a Monday night. Without these facilities, we wouldn’t be able to offer that.

When we knew the school was being built and it was going to have a 3G pitch, my mind was ticking. We’d always talked about it in the past, myself and two of my friends, so we started our UK Premier Leagues company and we’re now looking to move around different venues across South Wales.

One of our attendees has lost three stone since he started playing, so it’s changed his life. He’s thankful every time he sees us.

Are there any other businesses using the facilities?

There’s a gymnastics company that use the downstairs and we’re hosting a girl’s rugby festival, so lots of companies are using it. Basketball and drama clubs have started up here too.

There’s something going on every day and it makes everyone feel involved in the school. They’re accessing the playing field, one of the best 3G pitches around and they get to use it every week. It’s great for us and great for them. It’s being used constantly.

Has the community changed since the school opened?

It has united – this school is now the go to, especially in a sporting sense. If you look at this place on a Saturday, you’ve got football, hockey, rugby, all going on at the same time. Without the school, this wouldn’t happen.

Have you noticed anything else happening since the school opened?

When my wife picks our son up from school, the parents go down to the local park and the children all play together. They may even go for a meal together, so I can see people forming relationships through that.

And as a parent, how do you feel about your son being here?

I know when my little boy starts full time there’s yoga, gardening and an art club for him to enjoy. That’s all at four years old. It’s the right place for him to be.

On the nursery Twitter page you can see photos of your kids, so I know he’s having loads of fun down there, he’s progressing, and it’s a creative environment. It’s brilliant, I can’t thank the teachers enough for bringing him on so much.

How does it make you feel as a teacher?

When you’re outside sometimes you’ve got to pinch yourself. We were playing on a bobbly, muddy pitch before. You come here and you have the option of going on the Astroturf or the 3G. It’s unbelievable, weather conditions don’t affect my job.

And finally, can you describe the school without saying school?

Pride. Nothing beats coming outside in an evening, seeing football, hockey, rugby and netball games going on at the same time. There’s a sea of purple, everyone in their kit and you just want to give yourself a pat on the back. 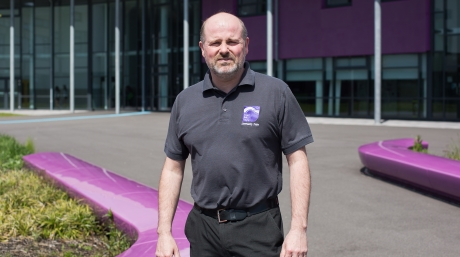 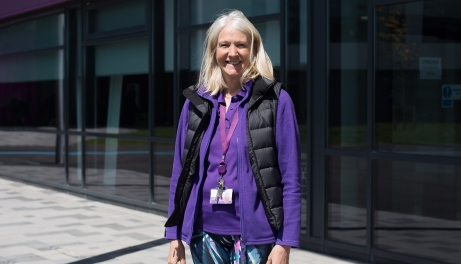 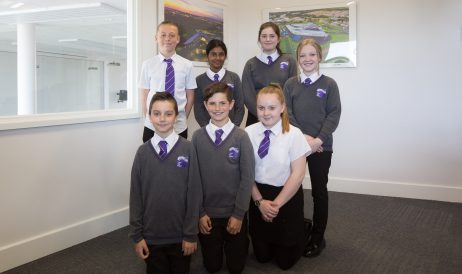