Jamie and Nick escaped London during lockdown. They tell us how they’ve rediscovered home in Bristol. Could their move to Paintworks be permanent? 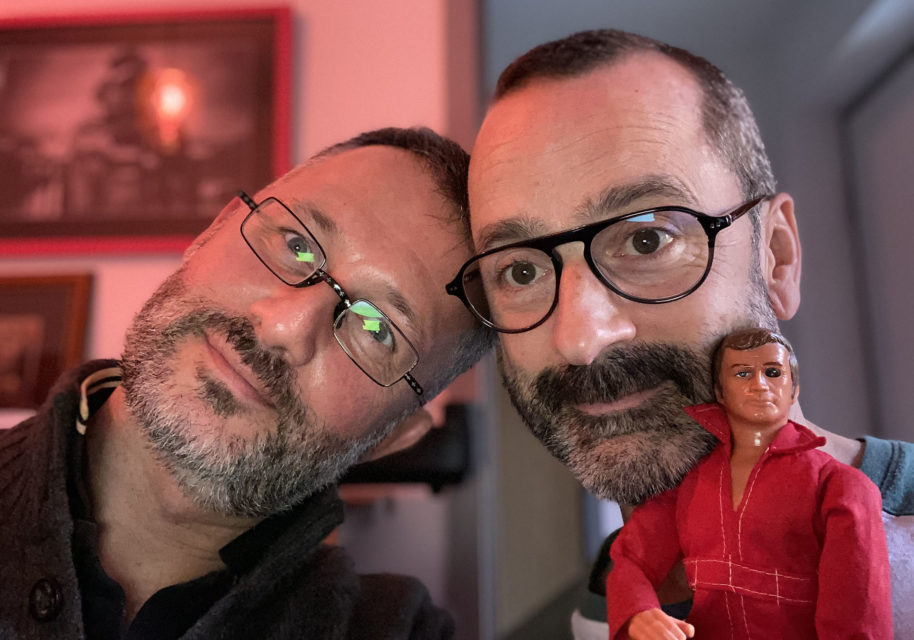 Hi Jamie and Nick. Could you start by telling us a bit about yourselves please?

Jamie: I’m Jamie. I’m 48 years old…48 and half actually! I’m a lawyer for a biotech company. I’m originally from Norfolk, but I’ve lived in London for a very long time.

Nick: My name’s Nick. I’m more or less the same age as Jamie. I’m originally from Bristol but have lived in London for about 15 years.

You guys are Londoners? So how did you find yourselves in Bristol during lockdown?

Jamie: We bought a place in Paintworks about two and a half years ago. But we both work in London so we kept our flat there too. Usually we come to Bristol for an extended weekend and then back to London for work.

So you had two choices for lockdown?

Jamie: Bristol was an easy choice. London has no outside space. And the neighbourhood can be very noisy. We were actually trying to spend more time in Bristol anyway, so lockdown’s enabled us to do that.

Nick: We’ve spent more time here since March the 23rd than we ever have! I can’t imagine a lockdown in London with the queues of people trying to get into the supermarkets and the lack of space we have there. Being here has definitely been the right place to do lockdown.

So what triggered you to buy in Bristol?

Nick: We were looking to invest in a property outside of London, but at that time we weren’t sure we’d live in it. Bristol was always on my mind as it’s my hometown. Then one day this postcard drops through our door in London, and it was a Paintworks flyer. I remember thinking it looked interesting. So we came over, had a look and made an offer that same day.

Jamie: We did! I was super enthusiastic. I loved Bristol from the outset. It just feels overwhelmingly inclusive. So I was really happy when Nick agreed it might be fun for us.

Nick: We were really taken with Paintworks too.

What is it about Paintworks that appeals to you?

Nick: We really like the pedestrian focus and the plaza. It’s got a quirkiness to it in terms of its design and look. There’s just a sense of fun here. I love the rainbow colours. And I like some of the smaller details, like the shiny green tiles on Martin Parr’s studio wall. There are really nice touches everywhere.

Jamie: I lived in the Netherlands for a number of years and the architecture reminds me of there. We like that there’s a really nice bar and restaurant on site as well as the live/work units. There are businesses here as well as homes. It’s a very cool, slightly unusual mix – a modern place.

Nick: I think, as a place, it really has a sense of purpose.

So how has lockdown impacted your relationship with Paintworks?

Nick: We’re getting to spend a lot of time here. It’s been really nice to not feel the pull of London and having a bit of dedicated time to do some of the things we’ve been putting off. After two and a half years, I finally put the washing line up! And Jamie’s been able to spend more time in the garden than ever. The garden he’s made here is wonderful! I think it’s just allowed the bedding in process to happen. And now we’re thinking ‘Do I ever need to go back to London?’ 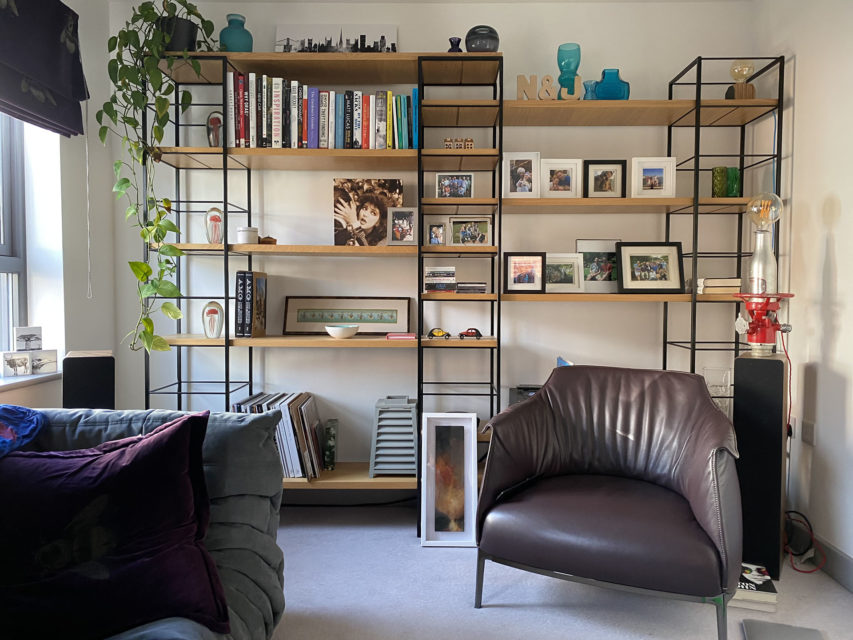 Nick: London was our home, then we got the Paintworks house and I personally started to get a bit confused about where home was. Now I realise that the relaxation, the calmness, the gardening and all those lovely things happen in Bristol. So that’s how I see it now.

Jamie: For me, home is where Nick is, where my motorbike is and where the garden is. It’s where I feel settled and I have never really felt settled in London, you never feel that you’re part of anything there. When you work long hours and travel a lot, it’s very easy to see where you sleep just as a dormitory. The thing I love about this place is it just doesn’t feel like that.

How do you mean?

Jamie: Paintworks is a place I want to contribute to. It’s very difficult to feel that you’re part of a community in London. Whereas here, I’m beginning to put down roots and I’ve wanted that for a very long time.

Nick: It feels relaxed here. You often see neighbours congregating and getting to know each other. Kids are able to run around without cars. And people can sit in the Plaza in the sunshine with their bottles of wine and have music playing from their balcony.

Nick: I agree. One of the real special things about Paintworks is the lack of traffic. So if someone is around, they’re around because they live here. I like the familiarity of seeing people that I recognize. I might not speak to them, but I’ll think ‘Oh there’s that person who likes to sunbathe on the planters’ or whatever. And it adds to a feeling of security. You get the sense that your neighbours are looking out for your safety and we’re looking out for theirs.

Have you made many friends here?

Jamie: We know quite a few people here. Our friends Anne and Kathy both have houses above Martin Parr’s photography studio, ours is the house just next to it. We’d bump into each other coming downstairs or out of the door, we started talking and that evolved into having drinks together. I know other people have mentioned the Paintworks’ summer party in the plaza, but we haven’t got involved in that.

Nick: The thing about Paintworks is, it’s up to you how far you buy in. So you can be part of the Facebook group, part of the choir or part of their Unbranded initiative. I personally don’t want to go in it that deeply, but equally, I’m really enjoying the beginnings of the neighbourliness, recognizing people and saying hello on a more regular basis. I think the lockdown in some ways, has created a stronger community in Paintworks because of the ‘we’re all in it together’ feeling.

Last question… Do you think lockdown has accelerated your plans to leave London and settle down in Paintworks?

Nick: Lockdown has definitely forced us to rethink. For me, it has stripped away a lot of the things that I thought were necessary and essential, like feeling as though I had to be in London to work. But now I know I can definitely do things in a different way. I have seen pictures of London on the TV and thought I really miss being there. It’s a bit of a double edged sword but I’m largely swaying towards living in Bristol full time now.

Jamie: I like London a lot. And I get that excitement being there but I don’t want to live there anymore. We’ve been coming to Paintworks almost every weekend since we’ve had it and I hate going back.

Be the first to hear from the next group of Inhabitants.