A year after Treglown Court was built, Ryan, aged 13, secured his first work experience with us. Several work placements later, he joined us officially as a Graduate Graphic Designer in 2019. You could say he’s grown up with the building…

What were your first impressions of the office?

I loved the building. When school friends were choosing their work placements, I remember thinking they were just going to ‘normal’ office buildings. When I walked into Stride Treglown I saw the big staircase and all the windows and just thought it looked really cool. Walking into the building confirmed that I wanted to work in architecture.

So you wanted to be an Architect?

I always wanted to be an architect but the older I got the more I started experimenting with motion graphics and video design for YouTube. When it came to picking A Levels, I changed my mind at the last minute and swapped from architecture to graphics. But I knew I still wanted to work in the industry.

Would you say the office had an impact on your career choice?

When I was here during my work experience, the office felt really open and collaborative. I’d see people doing renders and modelling and I’d always think, ‘That’s so cool, I wish I could be doing that’. But then all the architects would come to my desk and take an interest in what I was working on. It allowed us to experiment and made me realise what sorts of things I could offer the company as a Graphic Designer. If the office had been more compartmentalised, people wouldn’t have seen what I could do, and I wouldn’t see what they do. The openness of the building has definitely given me more chance to do cool stuff.

How have you found working from home compared to working in the office?

I like being in the office. I enjoy being able to just go over to someone’s desk and ask a question about a piece of software. You don’t really have that at home. There’s so much knowledge in the office and it’s such an easy place to collaborate with people and bounce ideas off each other.

Has the architecture had any influence on how you work?

There are no walls and we all sit in mixed clusters. So it’s social. It’s easy to collaborate. There are no specific areas for directors or newbies. Nobody’s divided. You always feel like you can ask questions, you always feel like you’re learning from people around you. It’s super easy to get answers because of how the office is designed. And there are windows everywhere, there’s so much natural light. So it just feels like an airy, nice place to be. I don’t feel like I’m at work when I’m in there. It feels like being at Uni in a big atrium. I think it makes you work better because it feels relaxing.

So you’re keen to get back in the office post-Covid?

I think the biggest thing is just being around people and bouncing ideas off each other, you’ll never get that feeling online. I think there’ll always be a need for offices and hubs and places to get together, especially in creative industries. As good as Microsoft Teams is, when you actually want to collaborate and come up with something that is really well thought out, I think you all need to be sat in a room together.

I agree, you get that chemical buzz from working with others. It almost gives you energy to carry on and develop…

Exactly. At the moment, I’m in the house on my own all day, no-one’s home until 6-7 o’clock at night. I miss hearing people in the office laughing or just hearing people in the kitchen making tea – you just can’t replace that. I haven’t completely disliked being at home but I really do miss sitting at the desk with the guys, having a chat in the morning, getting to do work.

So, Treglown Court is ten years old now. And you’re ten years older. Have your feelings towards the building changed in that time?

I don’t know much about the building architecturally because I’m not an architect. But I do know, when I first walked in, it made me fall in love with the idea of buildings. It was this building that convinced me that I was going to somehow have a career in architecture. And I decided that I wanted to be with Stride Treglown exclusively at that point. And now I get to work here! It’s come full circle and I still enjoy working here as much now as I did back when I was 13. 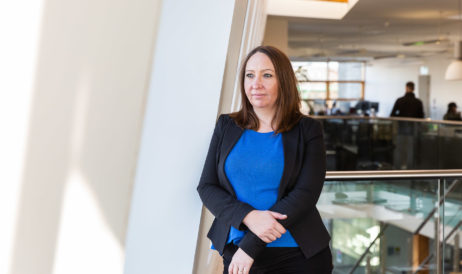 "The building is a bit like Ronseal, it does what it says on the tin." 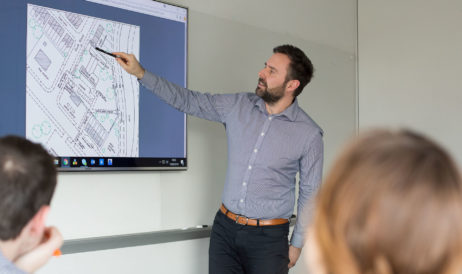 "A building that proudly wears its sustainability credentials." 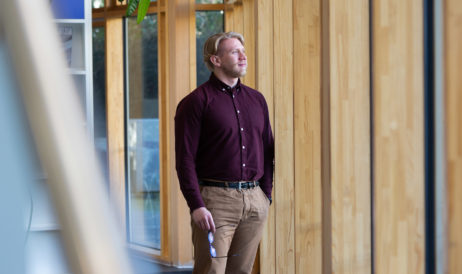 "I just can’t imagine myself working anywhere else now." 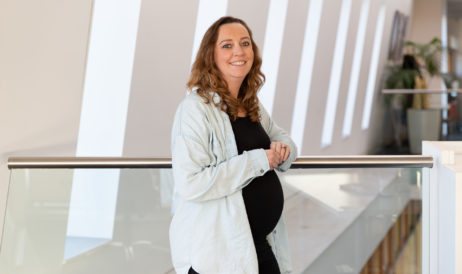 "It’s bright and airy and all the good things that offices should be, and often aren’t."